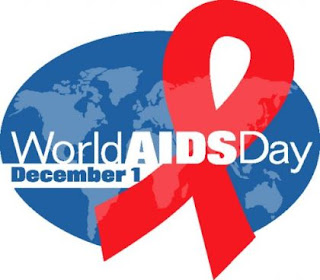 This is a day for me to reflect on the past, remember those I have loved and lost and to respond to the call to make changes for the future.
I have been involved in the care of people with HIV for as long as the disease has been around. I looked after my first 'AIDS' patient back in the 1980's when we really knew very little about the disease and many health care professionals were terrified as were the general public. At the time it was classed as a terminal illness and people, mostly young men, were struck down with mystery illnesses that ultimately resulted in death. At diagnosis there was little hope that could be offered to these men, women and children.
Things began to improve with increased knowledge about the disease, causative factors being found and with the discovery of anti-retroviral drugs things changed dramatically. 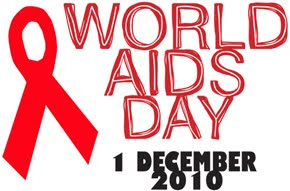 Currently there are 90,000 people living in the UK, though there are about a quarter of these remain unaware of their diagnosis. HIV is now seen as a chronic illness and there are a multitude of amazing drugs that can be used in combination to suppress the virus, boost the immune system and keep patients healthy and well for the foreseeable future.
But sadly people still die. In my experience this is largely due to a very late diagnosis when the disease has seriously damaged the immune system and the patient succumbs to serious infections that may result in death. I have seen this first hand in the last couple of years, one patient refused an HIV test when offered and a year later was extremely sick, tested positive for HIV but passed away in hospital.
My wish for the future is that this does not continue to happen, I hope more people will have access to and be offered HIV tests. Make no mistake the ongoing research, the medical care, theoretical knowledge and amazing voluntary groups have altered the course of this disease. There is hope for the future but people are becoming infected everyday and I see teenagers diagnosed who don't seem to be aware of this disease anymore.
I would love to see another public campaign to raise awareness, some of us will always remember 'don't die of ignorance' (though it was a bit frightening) but what have young people seen?

HIV is not fussy it will infect anyone regardless of age (we see patients from teens to those in their 70's) race, religion, social standing and sexuality. We are in a hugely advantageous position in this country as we are able to access all these services and the medication, which is extrememly expensive, those in developing countries face a very different situation.
Please think about testing, in the UK in 2010 it is much better to know if you have the infection as you can stay well and access services and prevent advancement of the disease. 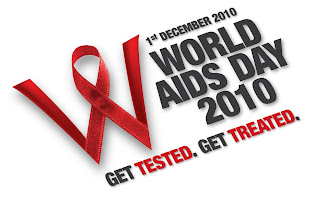