Just rushing onto blogger to share the 2 layouts I made for Jennifer's fantastic weekend.  These are both winter LO's made with non winter papers 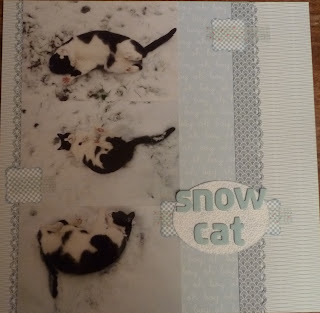 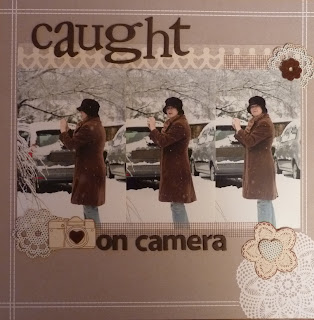 My workmate is ex Army and he posted this today on facebook and I share it with you here ......


Remember the Unknown WarriorOn September 7th 1920, in strictest secrecy four unidentified British bodies were exhumed from temporary battlefield cemeteries at Ypres, Arras, the Asine and the Somme. None of the soldiers who did the digging were told why. The bodies were taken by field ambulance to GHQ at St-Pol-sur-Ternoise. There the bodies were draped with the Union Flag. Sentries were posted and Brigadier-General Wyatt and a Colonel Gell selected one body at Random. A French honour guard was selected, who stood by the coffin overnight. In the morning of the 8th a specially designed coffin made of oak from the grounds of Hampton Court was brought and the Unknown Warrior placed inside.


On top was placed a Crusaders Sword and a shield on which was inscribed 'A British Warrior who fell in the Great War 1914-1918 For King and Country'. On the 9th of November the Unknown Warrior was taken by horse drawn carriage through Guards of Honour and the sound of tolling bells and bugle calls to the Quayside. There it was saluted by Marechal Foche and loaded onto HMS Verdun bound for Dover.

The coffin stood on the deck covered in wreaths and surrounded by the French Honour Guard. On arrival at Dover the Unknown Warrior was greeted with a 19 gun salute, normally only reserved for field marshals. He then travelled by special train to Victoria station London.

He stayed there overnight and on the morning of the 11th of November he was taken to Westminster Abbey. The Idea of the Unknown Soldier was thought of by a Padre called David Railton who had served at the front during the Great War and it was the Union Flag he used as an altar cloth at the front, which had been draped over the coffin.

The intention was that all relatives of the 517,773 combatants whose bodies had not been identified could believe that the Unknown Warrior could very well be their lost Husband, Father, Brother or Son.

Every year on the 11th of November remember the Unknown Warrior....

Wow I cannot believe this is the 11th blog hop and the 10th family photo I have taken this year!  Where has 2012 gone???

Anyway I think this month it is just the host Margie and myself sharing our family snaps, you can find Margie in Beijing and on her blog here. So hop on over to check out her family snaps, which I believe include everyone in Halloween costumes.  I can't wait to see that one!

So I have 2 photos this month, neither is very good quality but both capture a fun night out on my birthday this month. 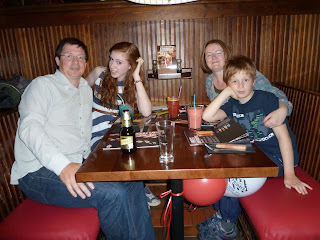 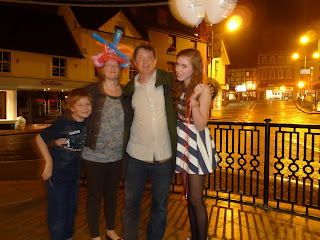 So do you love my balloon hat??? It was a fab night and we laughed and laughed. I was so embarrassed as the restaurant staff sang Happy Birthday in front of everyone but when they asked my name I said it was Grace (not sure why as it not my name and why did I pick that one???) the children thought it was really funny!  We certainly made some good memories that night!

I think I may end up posting this post before Margie posts hers as last month I was very late so I have decided to go early this time!!!  Please go and check out Margie's pics too
Posted by furrypig at 10:00 8 comments:

On a dark but not very stormy night, after several attempts the bonfire was finally lit. 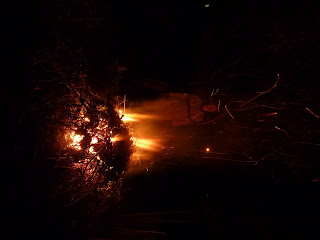 My Dad loves his garden and spends as much time as possible looking after the trees, bushes, flowers and shrubs.  Then once a year on Bonfire Night he burns as much woody rubbish as possible and I have shared a picture of him from last year on the post here. This year was much quieter with fewer people coming over to my parents but we still stirred the Christmas pudding as per family tradition.

I really appreciated the opportunity to spend time alone with Dad at the bottom of the garden, keeping warm as the flames roared with burning garden detritus. We had the opportunity to chat, mostly about my work in the NHS, he always listens, gives an opinion and indulges my mad ideas! Spending time with my Dad is more important than ever,

This time last year he was 3 cycles in to his chemotherapy, at Christmas he developed arterial blood clots and almost had his leg amputated. The chemo had to stop and he was left with damage to the leg and has to wear a supportive splint.  Sadly we got the news that the cancer has now spread to his liver and lungs.  He is the bravest person and his faith in God really gives him strength.  The prognosis is poor, just months maybe longer with chemo, so yes he has decided to try again with those evil drugs and has completed his first cycle, the second has been delayed due to a low white blood count.

Last year Deb shared on her blog about her Mum Marti and her cancer diagnosis.  Through her honesty many of us learnt about the signs and symptoms of Ovarian cancer and it raised awareness as we became part of Team Teal supporting Marti with thoughts, prayers, cards and letters.  When my dad was first diagnosed I wanted to 'talk' to Deb as she was the one person who knew what I was going through.  Marti lost her battle with cancer only a few weeks ago, since then I have been thinking long and hard about my Dad.  So I want to honour Marti's memory by continuing to bring cancer to the attention of anyone who might read this blog so I will share more of my Dad's journey with you.

For more Story telling Sunday bloggers head over to Sians.
Posted by furrypig at 22:22 13 comments: