This weekend I tried out the current challenge from a blog called Scrap around the World. Taking inspiration from this  mood board and sketch..... 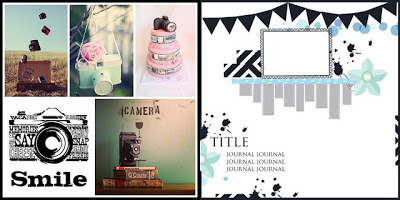 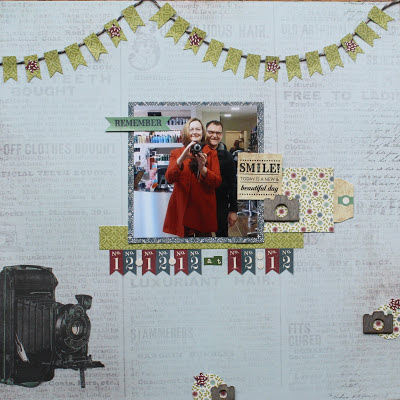 Obviously I took a huge amount of inspiration from the various camera images on the mood board, cutting out the large vintage camera image from an Echo Park sheet of paper and colouring some wooden camera veneers grey.  Although I didn't use any of the pastels I added the pale blue, green and red colours, taken directly from the images shown.  I loved the sketch and although it took a bit of fiddling I hand cut each of the banner pieces across the top and also the ones under the photograph that form the title 12.12.12 at 12:12 a historic date and time that had to be captured on camera!

I need to add some journalling as I want to write how important it was to take the photo at the right time and I only noticed the time as I was paying my bill at the hairdressers so quickly pulled out the camera and snapped this pic (which goes well with the whole camera theme) and my hairdresser Andrew joined in!  I realised I must have been in a hurry as if you look closely you can see I did my coat up wrong!

I really enjoyed this challenge with lots of cutting and sticking and planning.  I am looking forward to seeing what challenge 3 at Scrap around the World is..... go and have a look!
Posted by furrypig at 21:59 14 comments: 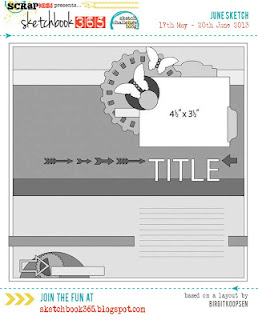 I love using sketches as a starting point for scrapping and this is what my page evolved into...... 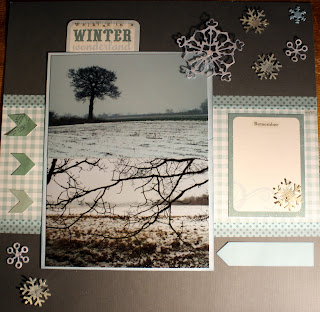 I combined the sketch with this weeks UKS challenge which was to use the lyrics of a song (walking in a winter wonderland) use music notes (some of the snowflakes were punched from a vintage music sheet) use metal (one metal snowflake brad) and hidden journalling (the title tab pulls out to reveal more journalling...... there is some on the journalling block on the right now!)

The photograph is pretty awful but I think you get the general idea!

Last few layouts for May 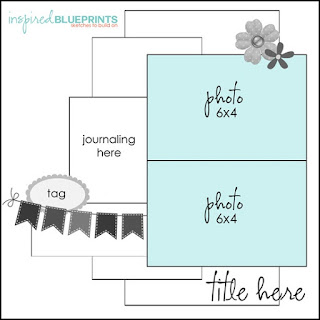 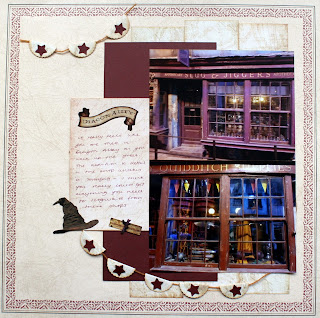 Yes it is another from the Harry Potter studios which I am excited about again we we have had another visit. This time they had a great selection of the animal actors and I met Scabbers, 2 Crookshanks, Mrs Norris, Trevor, a would be Fang, Hedwig, Pidwidgeon, Sirus's owl (did it have a name??) and several others.... fantastic fun!

Over at UKS this week we had to use blue or pink, a stamp or a punch and this sketch which I adapted to this LO of DD in Antigua 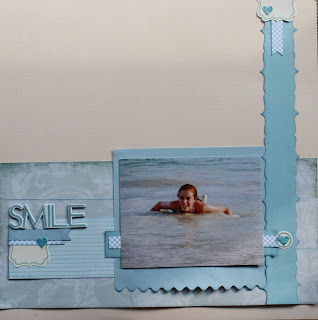 My final page for May was a simple triple photo layout capturing the locally produced rum in Antigua, that became a favourite frink served with ginger ale and plenty of ice! 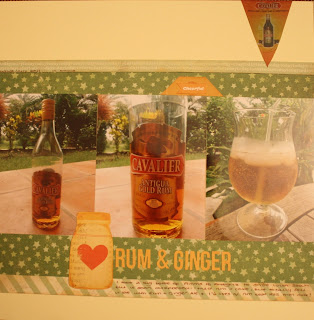 Initially I thought I had met K's challenge of 31 layouts in May but I had miscounted again.  My final tally was 29 pages made in 28 days which is a record for me and I was totally flabbergasted that I had managed to created that many.
Posted by furrypig at 08:04 7 comments: