This year, this summer I have fallen in love, head over heels quite unexpectedly. I think about my new love every day, several times a day.  I search twitter, the internet, newspapers, the television in the hope of seeing a photo or to learn something more about my consuming obsession.

I finish work and hurry home, I stay up late, spending precious moments together, often just the 2 of us, alone.  I had the opportunity to travel to see my new love, with careful planning I arrived in plenty of time and my stomach was churning with excitement, it was meant to be yet it felt unreal somehow like being on holiday or as if I was at Disneyland it felt magical! 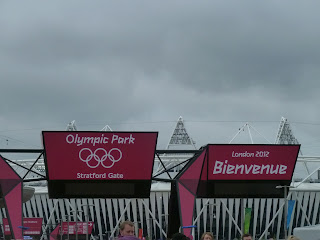 Yep, I have fallen for the Olympics and was lucky enough to go to the Olympic Park at Stratford, East London, like many first dates there were flowers 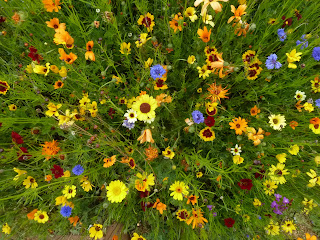 I loved all the areas of wild flowers throughout the park, so beautiful 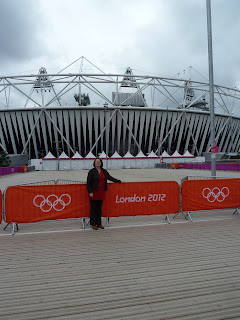 This is photograph number 21 in Rinda's Photo scavenger hunt, I think this is definitely a picture of me with something that symbolises my nation it is the Olympic Stadium (not actually open the day we visited) 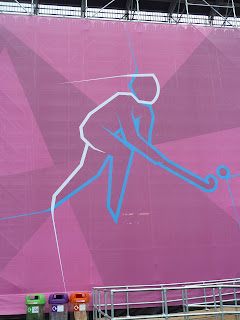 We watched women's hockey, which was great fun especially as we got to see Team GB in action ( we won 5 - 3, this was a goal shot and fits in very nicely with item 14 on the scavenger hunt, a person playing with a ball) 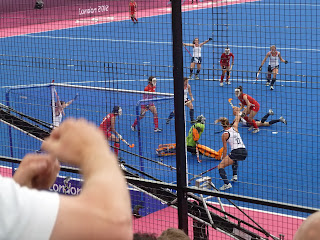 During the GB game there was a band playing encouraging chants and patriotic songs (item 7 a person playing an instrument!) 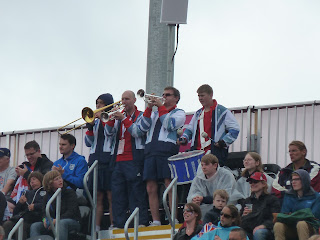 Friday night I went to an Olympics party with my book club chums, we all brought a dish that represented a country (or at least we were meant to!!) I made Key Lime Pie which was a request.  It was a great evening , drinking champagne, watching the Olympics, enjoying good company. 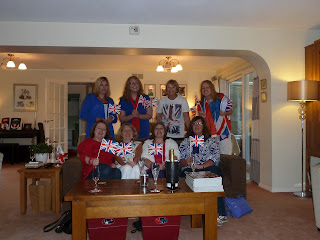 I am actually going back to the Olympic park today to see the women's basketball, so hope to get a few more photographs and memories, there will definitely be a few scrapbook pages from London 2012.


Are you enjoying the Olympics?  Have you also fallen in love??
Today's post has been brought to you care of Story Telling Sunday hosted as always by the wonderful Queen of story telling Sian from high in the sky.
Posted by furrypig at 08:28