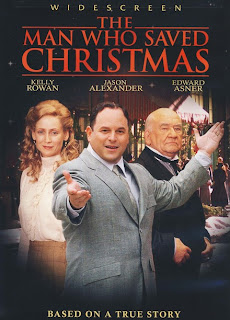 The Man who Saved Christmas (Cert U) is a fact based film about AC Gilbert an American toy maker. In the film his toy factory is required to produce munitions instead of toys, to support World War 1. He stands up to the American Government when they suggest cancelling Christmas and he becomes known as 'the Man who saved Christmas'. Another heartwarming Christmas film, set in an interesting political era which I enjoyed though not sure that very young children would like this one as much. I rate it *** and a half stars! (3.5/5)
Posted by furrypig at 12:45