On Tuesday last week DH and I went to the cinema for a free screening of the film 'The Blind Side'. I was so pleased that I was able to get free tickets as we rarely go to the cinema so it was a great treat.
75/365 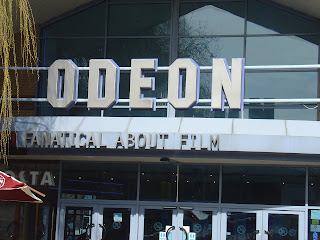 Initially I wasn't sure if I would like the film as it is a true story about an NFL player, Michael 'big Mike' Oher. A sports film is not my ideal, but thought it was just up Hubby's street. Sandra Bullock won an oscar for her role as the woman who takes an interest in the young Michael and eventually adopts him as part of the family, so I knew there would be some great acting.

I actually really enjoyed the film and I didn't need to understand or even like American football to follow the storyline. There were moments when I laughed out loud, my favourite was when Sandra Bullock's character shows Michael his bedroom and he says he has never had one of his own, she thinks he means the room but he replies 'no, a bed!' I also found certain bits made me think or touched me so much I could feel myself getting a bit teary! For me that is the ideal film, keeping me interested and affecting my emotions in equal parts. Do go and see it as it is an enjoyable and quite remarkable story of the journey the homeless Michael goes on along with his loving, adopted family, to become one of the greatest players in the NFL! 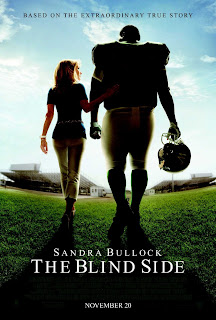