Yesterday I had a day off and spent a lot of time chilling at home which was great! I ended up watching 3 Blu Rays in one day!! We recently discovered Blockbuster rent out 3 films for 3 days for just £10 and I can get 20% off being a University student so only £8 a real bargain.

DD had an inset day (teacher only day at school) on Tuesday so she invited some friends over and wanted to choose a film, so I just picked out 2 others.
She chose Killers 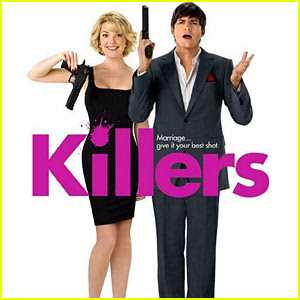 starring Katherine Heigl and Ashton Kutcher. He plays an assassin who after meeting Heigl in Nice, France decides to give it all up to spend a 'normal' life with her, that is until a $20 million hit is put out on him! Then it's all a bit crazy with everyone suddenly becoming gun toting, would be Killers! But it was fun and quite light hearted and DD and I enjoyed it.
The next choice was Wild Target, featuring Bill Nighy, Emily Blunt and Rupert Grint. 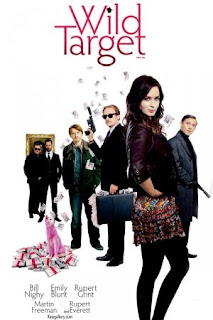 Coincidentally Bill Nighy plays a very successful but lonely assassin paid to dispatch the quirky Ms Blunt but finds himself unable to complete the job. This film seemed to be a modern day version of an Ealing comedy, very British with goodies versus baddies and lots of chasing in cars. It was amusing but not one that the children would like very much.
The third film was 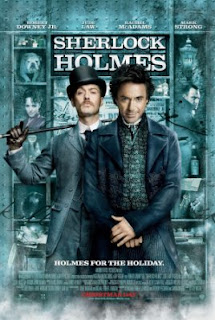 I loved the fantastic scenery of London in the 1800's, very atmosperic. I got a real feel for the smog filled city with grimy, busy streets with poverty and opulence rubbing shoulders (sometimes I wonder if much has changed!!??). This was my favourite I do quite like Robert Downy Junior and actually really liked Jude Law in his role as Watson (have been disappointed by his acting in the past).

This film set the scene perfectly for my current bookclub book 'Portrait of a Killer' . Written and researched by Patricia Cornwell about the true identity of Jack the Ripper. I am only a short way into the book but again I am enjoying the imagery of London during that period, the history is amazing. Not sure how I will get on with the more gory details of the murders (but I am a nurse so hoping I won't be too squeamish). I will keep you up to date!!

So what have you been watching and reading recently? Any recommendations??