That title sums up my weekend.....
Yesterday, Mols and I went to Sandown Park in Esher, for the Stitch and Creative Craft Show. I got a ticket for Christmas and under 16's go free and it's only about a 20 minute drive away with free parking! We arrived early and stayed almost to the end. It got quite crowded at one stage though it is quite small compared to the NEC
23/365 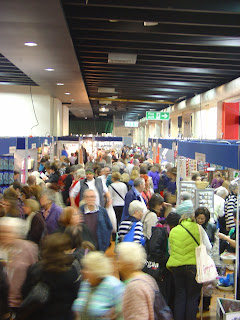 We did a Shaker Card making class with Amanda Bateman. 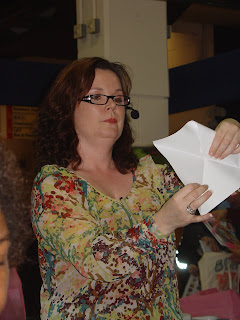 You may recognise her from TV shows like Create and Craft, but I have known her many years as a friend, so it was great to catch up with her and be creative (will show the card step by step tomorrow). I did buy a few bits as there were some good bargain buckets (for example I found one with items 50p each or 3 for a £ and I found one originally priced at £3.99!) Sadly there was very little for scrapbooking, Amanda recommended the show at Ally Pally as apparently all the 'big' names go like Rusty Pickle (how tempting is that!!!)

Today, Els played in the 'Plate Tournament' with his fabby footie team. It was a really exciting game, with each goal scored being equalised by the opposition so it went to extra time. Then extra time went to penalties and we lost out on the very last one! There were tears from a few of the boys, which in turn meant there were a few tears from some of us mums. Els was fantastic both on the field and in goal and I was very proud as per usual.
24/365 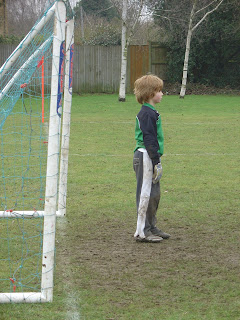 lots of Muddy kit to wash as per usual.
Posted by furrypig at 18:30