Gosh I am surprised to see that I haven't blogged since Sunday! Not sure where all the time has gone and sadly I don't have any crafty creations to share but I have a few more of my project 365 photos.
I almost forgot to take a picture on Monday as I had been at work and was crashed out watching a silly film 'Major Movie Star'..... 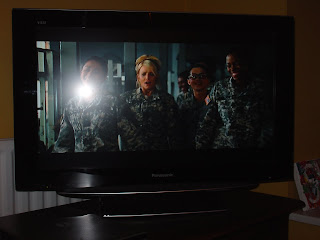 not the best picture ever!
I tried a little bit harder on Tuesday after Molly became very animated about the 'red sky at night' and I think I ended up with an ok picture taken from the front door! 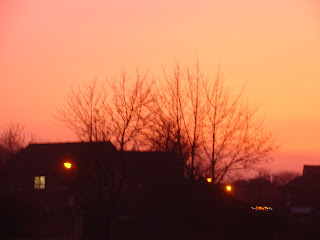 Onto Wednesday and I had been playing with buttons (after suffering for hours with an evil migraine!!). It looks like I am going to have my own little crafting corner in this mad house. Mainly so I keep all the crafty products under control in one place and the door can be shut on it all! So I had to reorganise all my buttons (many are quite old from a huge tin found in a second hand shop and costing about a £1!).
This was the end result I LOVE this pic! It appeals to be just like the buttons themselves do, it warms my insides up and makes me smile! 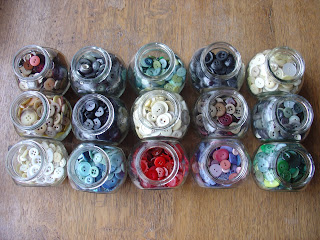 Yesterday was a major day in my personal calendar for reasons about me me me!! It was the first 'Fat Club' meet of 2010. This is a self-help group started by 5 mothers to try and support and motivate each other through losing weight. Also, importantly it is very money saving as we pay into a pot then take the money out the pot months later to use for a treat! (Ok we went out for a curry but it was a fantastic treat!!) Last night we reconvened and all braved the scales. This was the first time I had weighed for over 2 months and I had put on 8 lbs!! We had all put on between 6 and 12 lbs so all motivated to get going now!! 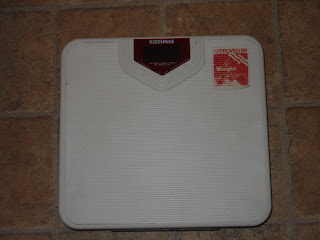 My weight was ** stone and 6 lbs! I will be brave and share how my healthy eating affects my mass, who knows I may even take some excersise!! 28/365 and I need to take a picture for today!